Migrants from Southeast Asia arrived in the Samoan islands more than 2000 years ago and from there settled the rest of Polynesia further to the east. Contact with Europeans began in the early 1700s but did not intensify until the arrival of English missionaries and traders in the 1830s. At the turn of the 20th century, the Samoan islands were split into two sections. The eastern islands became territories of the United States in 1904 and today are known as American Samoa. The western islands became known as German Samoa, then Western Samoa after passing from German control to New Zealand in 1914. In 1962 Western Samoa became the first Pacific Island country to regain its independence.

In July 1997, the Constitution was amended to change the country's name from Western Samoa to Samoa. Samoa had been known simply as Samoa in the United Nations since joining the organization in 1976. The neighboring U.S. territory of American Samoa protested at the move, feeling that the change diminished its own Samoan identity. American Samoans still use the terms Western Samoa and Western Samoans. 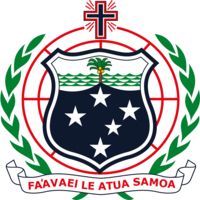 Since 1982, the majority party in the Fono has been the Human Rights Protection Party (HRPP). HRPP leader Tofilau Eti Alesana served as prime minister for nearly all of the period between 1982 and 1998, when he resigned due to health reasons. Tofilau Eti was replaced by his deputy, Tuila'epa Sailele Malielegaoi.

Parliamentary elections were held in March 2001. The Human Rights Protection Party, led by Tuila'epa Sailele Malielegaoi, won 30 of the 49 seats in the current Fono. The Samoa National Development Party, led by Le Mamea Ropati, is the main opposition. Other political parties are the Samoan Progressive Conservative Party, the Samoa All Peoples Party, and the Samoa Liberal Party.

The 1960 Constitution, which formally came into force with independence, is based on the British pattern of parliamentary democracy, modified to take account of Samoan customs. Samoa's two high chiefs at the time of independence were given lifetime appointments to jointly hold the office of head of state. Malietoa Tanumafili II has held this post alone since the death of his colleague in 1963. His eventual successor will be selected by the legislature for a 5-year term.

The unicameral legislature, named the Fono, contains 49 members serving 5-year terms. Forty-seven are elected from territorial districts by ethnic Samoan districts; the other two are chosen by the nation's non-Samoans on separate electoral rolls. Universal suffrage was extended in 1990, but only chiefs (matai) may stand for election to the Samoan seats. There are more than 25,000 matais in the country, about 5% of whom are women. The prime minister is chosen by a majority in the Fono and is appointed by the chief of state to form a government. The prime minister's choices for the 12 cabinet positions are appointed by the chief of state, subject to the continuing confidence of the Fono.

The judicial system is based on English common law and local customs. The Supreme Court is the court of highest jurisdiction. Its chief justice is appointed by the chief of state upon the recommendation of the prime minister. 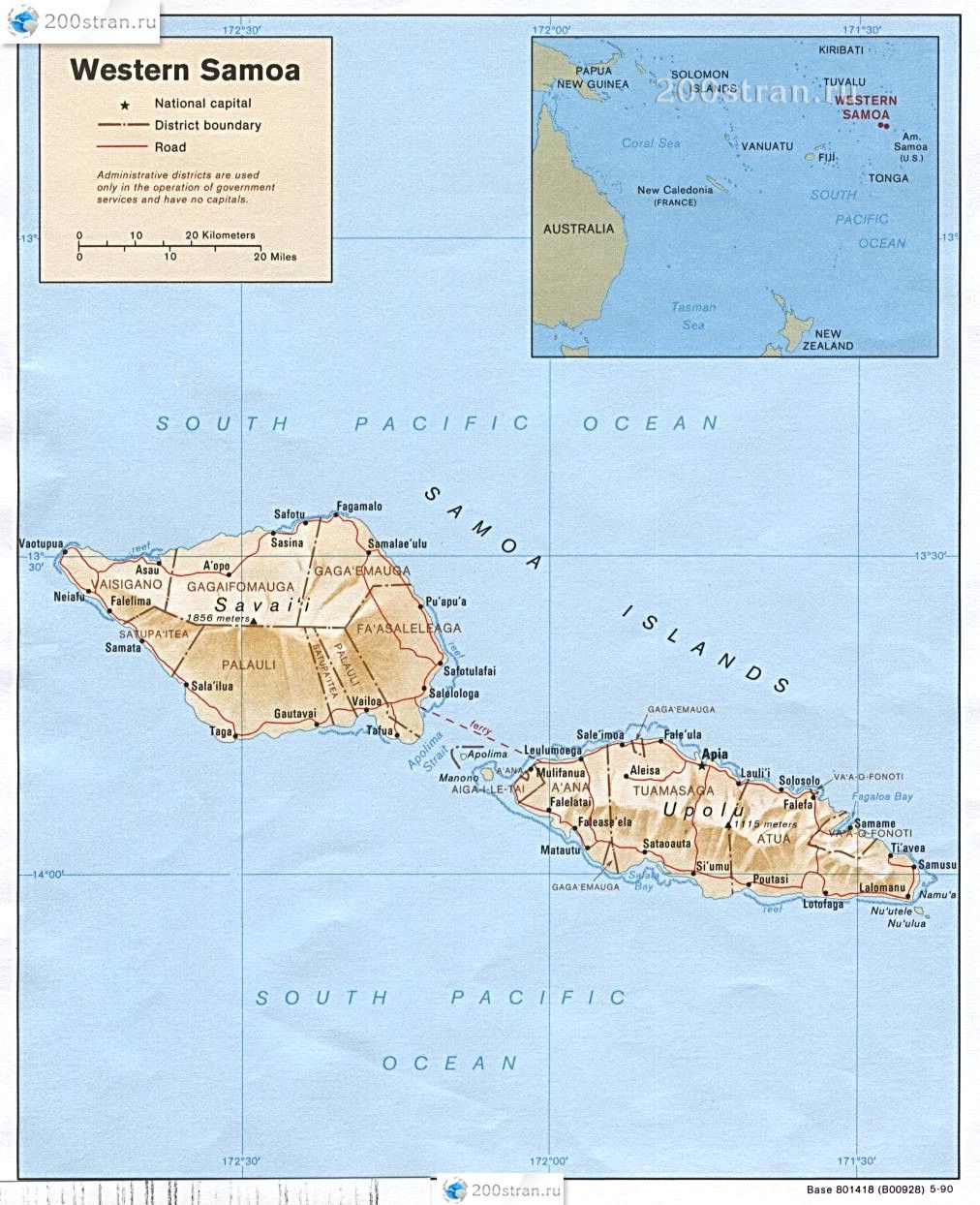 Samoa is located east of the international dateline and south of the equator, about halfway between Hawaii and New Zealand in the Polynesian region of the South Pacific. The Samoas are of volcanic origin and the total land area is 2934 sq km, consisting of the two large islands of Upolu and Savai'i which account for 96% of the total land area, and seven small islets: Manono, Apolima, Nuutele, Nuulua, Namua, Fanuatapu, Nuusafee and Nuulopa. The main island of Upolu is home to nearly three-quarters of Samoa's population and its capital city is Apia. The climate is tropical with the average annual temperature of 26.5 °C, and a rainy season from November to April.

The economy of Samoa has traditionally been dependent on development aid, private family remittances from overseas, and agricultural exports. The country is vulnerable to devastating storms. Agriculture employs two-thirds of the labor force, and furnishes 90% of exports, featuring coconut cream, coconut oil, and copra. Outside of a large automotive wire harness factory, the manufacturing sector mainly processes agricultural products. Tourism is an expanding sector; more than 70,000 tourists visited the islands in 1996. The Samoan Government has called for deregulation of the financial sector, encouragement of investment, and continued fiscal discipline. Observers point to the flexibility of the labor market as a basic strength for future economic advances.

The Fa'a Samoa, or traditional Samoan way, remains a strong force in Samoan life and politics. Despite centuries of European influence, Samoa maintains its historical customs, social systems, and language, which is believed to be the oldest form of Polynesian speech still in existence. Only the Maori of New Zealand outnumber the Samoans among Polynesian groups.

98 % of Samoans are Christians, divided among many different churches, among them Methodist, Latter Day Saints, Roman Catholic, and Seventh Day Adventists. Hardly any other religious group exists in Samoa, except for the Baha'is, which make up 2 % of the population. The King of Samoa, King Malietoa Tanumafili, is a Baha'i.

American Samoa is an unorganized, unincorporated territory of the United States in the South Pacific Ocean, to the East of the larger state of Samoa.

Originally inhabited as early as 1000 BC, Samoa was reached by European explorers in the 18th century.

International rivalries in the latter half of the 19th century were settled by an 1899 treaty in which Germany and the US divided the Samoan archipelago. The US formally occupied its portion — a smaller group of eastern islands with the noted harbor of Pago Pago — the following year.

The western islands are now the independent state of Samoa. The US Navy built a coaling station in Pago Pago Bay for its Pacific Squadron, appointed a local Secretary and secured a Deed of Cession of Tutuila in 1900 and a Deed of Cession of Manu'a in 1904. During World War II, US Marines in American Samoa, outnumbering the local population, had a huge cultural influence.

After World War II, Organic Act 4500, a US Department of Interior-sponsored attempt to incorporate American Samoa, was defeated in Congress, primarily through the efforts of American Samoan chiefs, led by Tuiasosopo Mariota. These chiefs' efforts led to the creation of a local legislature, the American Samoa Fono. In time, the Navy-appointed governor was replaced by a locally elected one. Although technically considered "unorganized" in that the US Congress has not passed an Organic Act for the territory, American Samoa is self-governing under a constitution that became effective on July 1, 1967. The US Territory of American Samoa is on the United Nations list of Non-Self-Governing Territories, a listing which is disputed by the country. 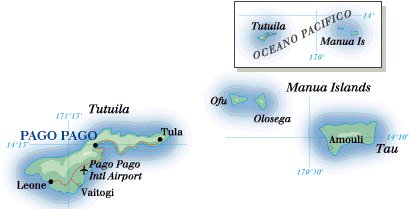 American Samoa is the location of Steps Point, the southernmost point in the United States (if insular areas are included); see extreme points for more information).

Goods manufactured in territories or protectorates of the United States can be labeled "Made in the USA."

Persons born in American Samoa are United States nationals, but not United States citizens. This is virtually the only circumstance under which an individual would be one and not the other.